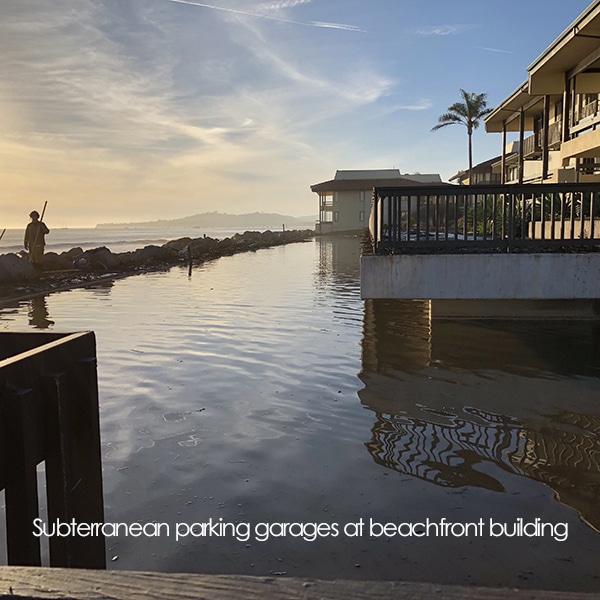 It is with an extremely heavy heart that I post this, following the horrific mudslide in Montecito. I do so at the request of a number of Bonnymede and Montecito Shores clients who have asked for information specific to the complex as there have been no such reports in the media.

On Friday afternoon, before the beaches were closed, I was able to access the community by walking from East Beach at a very low tide and entering through Sea Meadow. I was amazed that the mountains of debris that I had seen in the media on the beach in front of Bonnymede had by then entirely disappeared, carried down the coast by virtue of high tides.

Though I didn’t walk everywhere within Montecito Shores, I found that Montecito Shores has virtually no flooding, except for perhaps 5″ of flooding of the garage of Building 1 and some minor mud in some of the landscaping at the very beginning along the main road.

Bonnymede has suffered some significant flooding with mud flow. I was unable to approach any specific units to see if water has intruded under doorways, but it does not appear that any have had actual mud intrusion. As shown in one of the photos below, the height of the mud at the very back of the complex (at the front doors of the Plaza De Sonadores units that run along the railroad tracks) is about 6″ deep. The mud is higher along Plaza Pacifica, and there it is perhaps a foot thick. A number of the parking garages are significantly flooded, with the “moat” in front of the beachfront building completely submerged. (While I was there, the firemen were able to clear the drain of that area, so that has likely been drained by now.)

The mud is thick and unfortunately smells awful. I expect if water did intrude into units, drywall and flooring will need to be removed and replaced at least in part.

In the photos below, I have labeled some of the units, not because they have more damage or especially caught my eye, but only as points of reference for all the owners. I apologize if doing so is upsetting to the owners of those specific units.

The magnitude of loss in Montecito is enormous and incomprehensible. I wish you all well as Bonnymede and our beautiful town recovers from this devastating event. 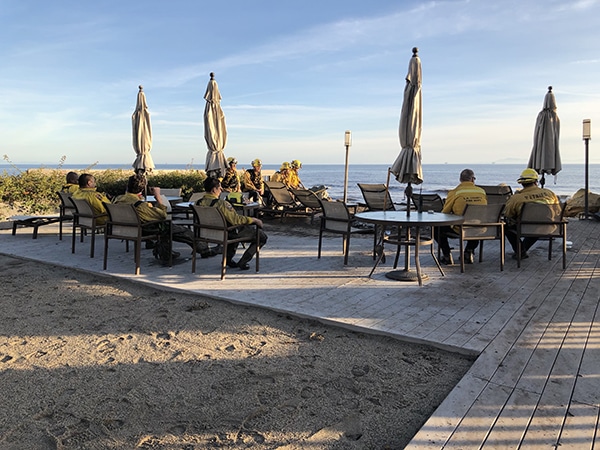 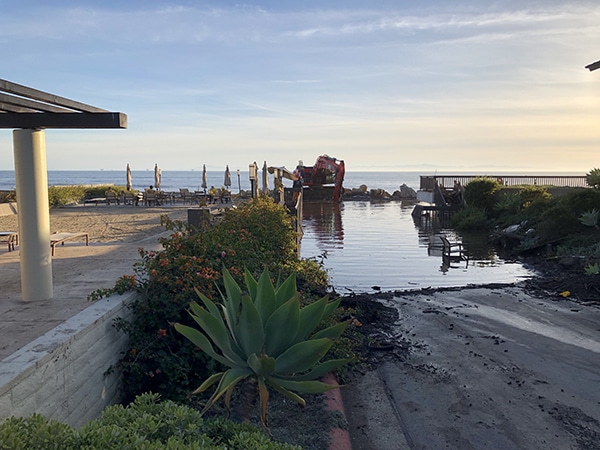 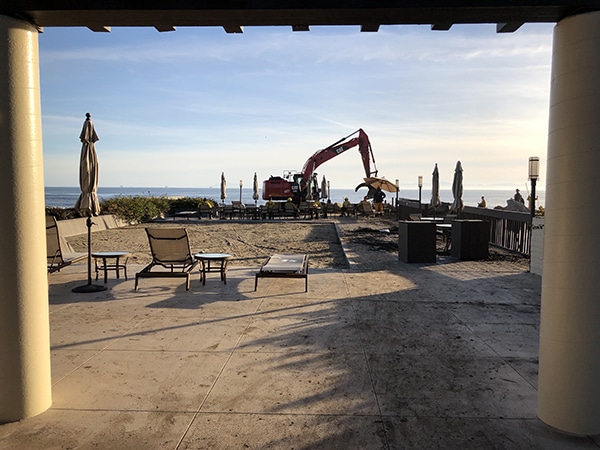 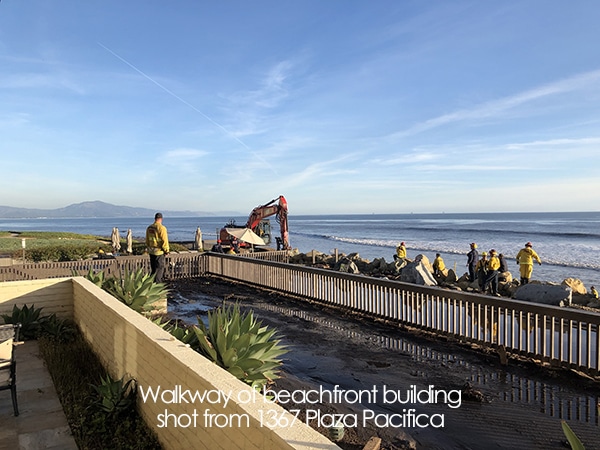 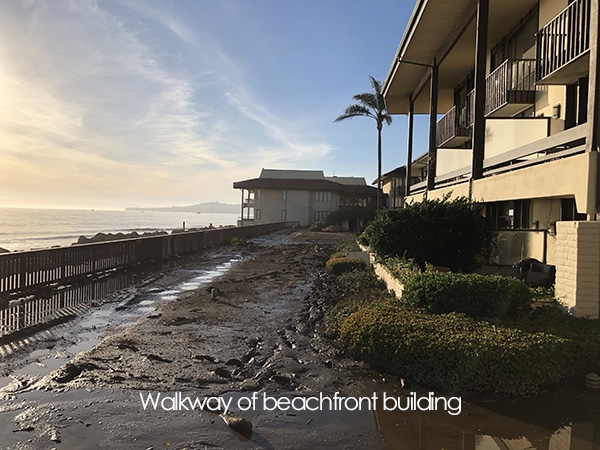 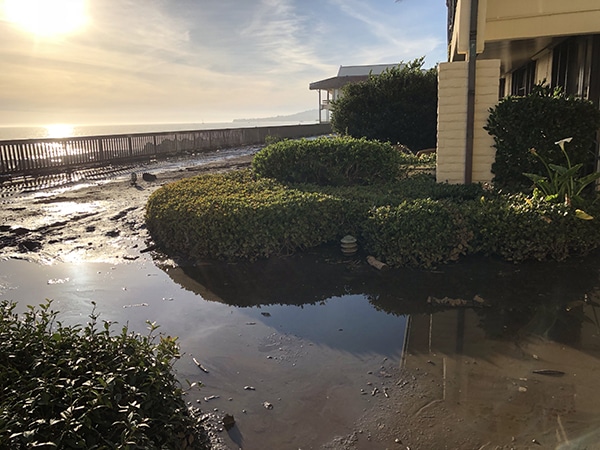 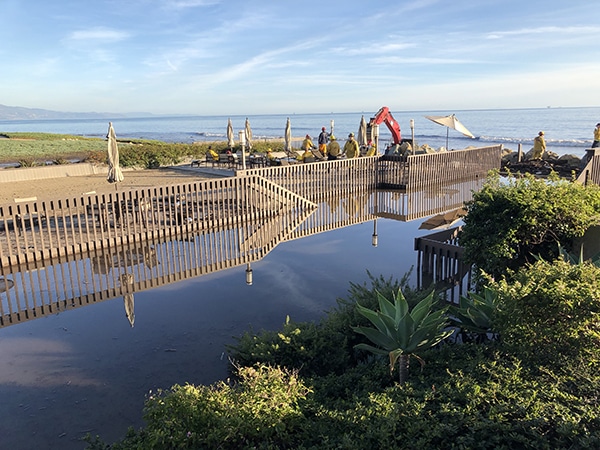 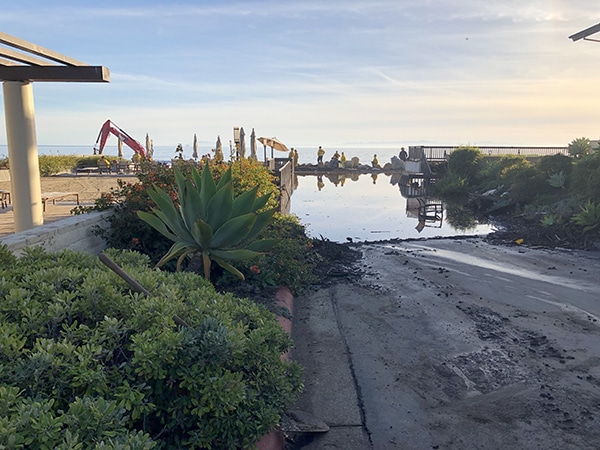 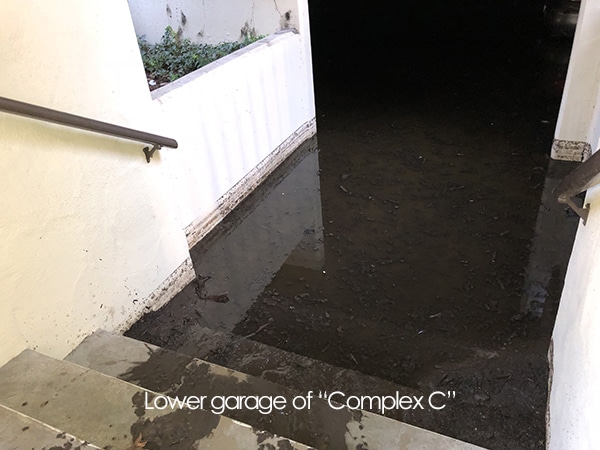 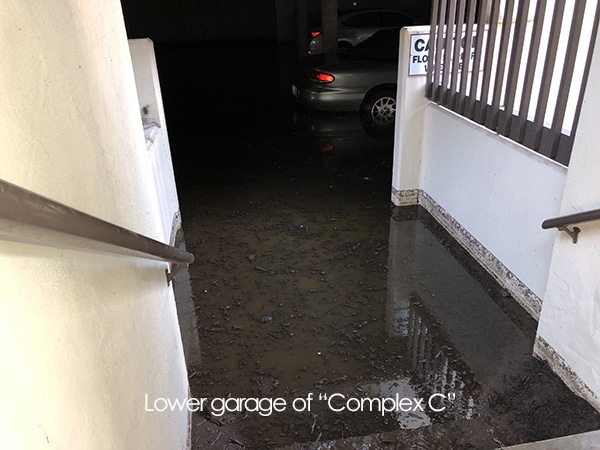 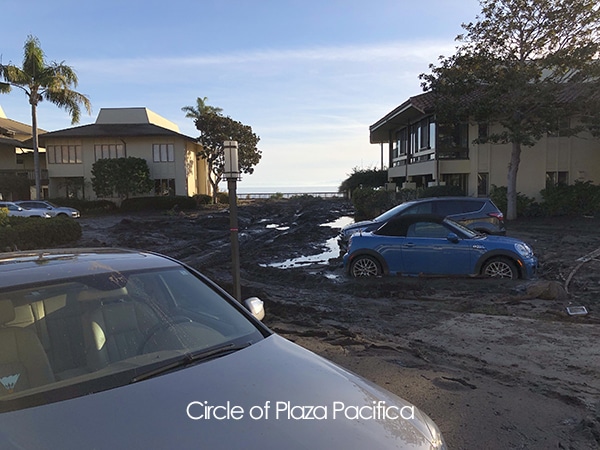 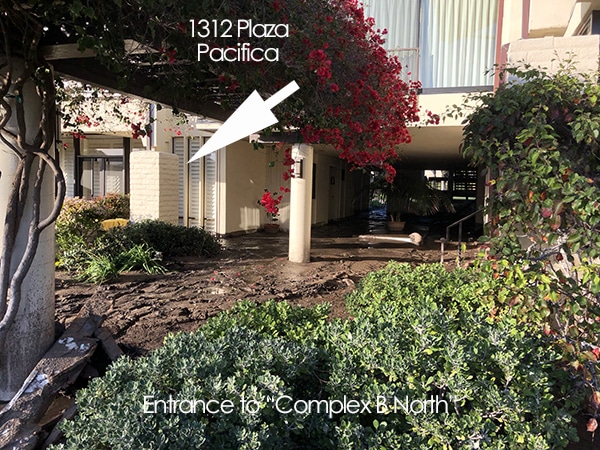 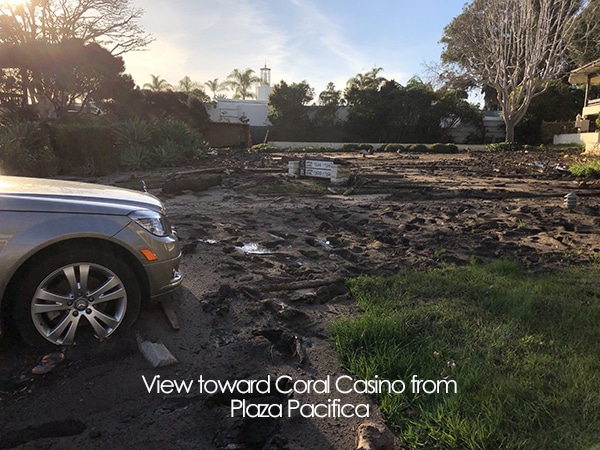 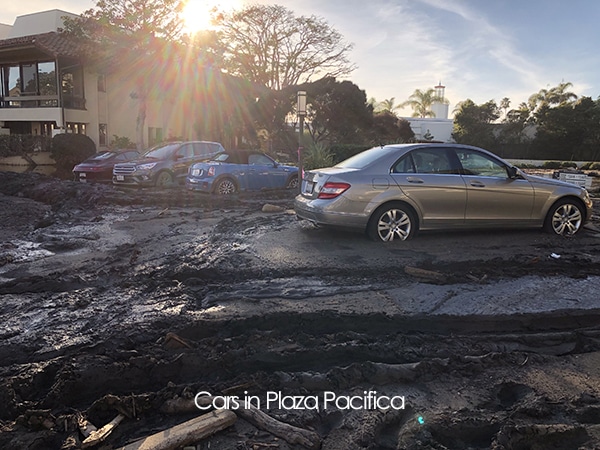 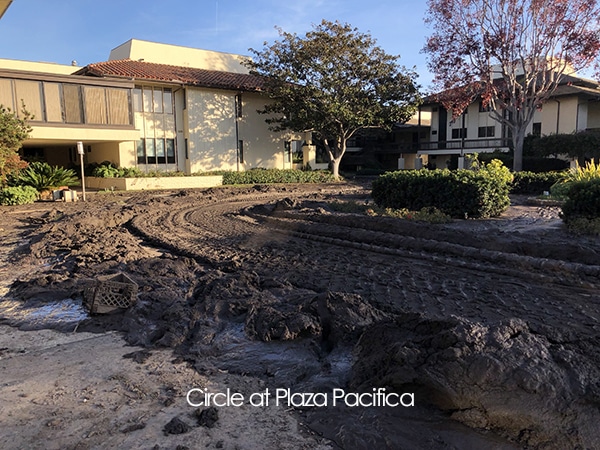 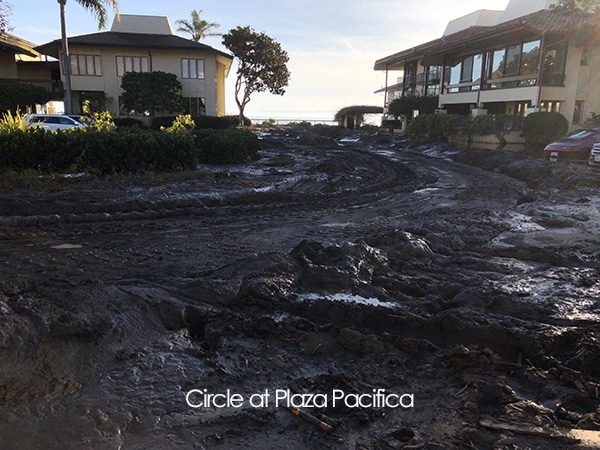 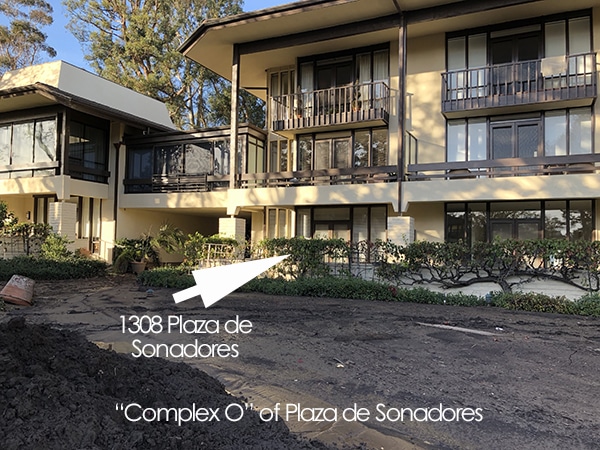 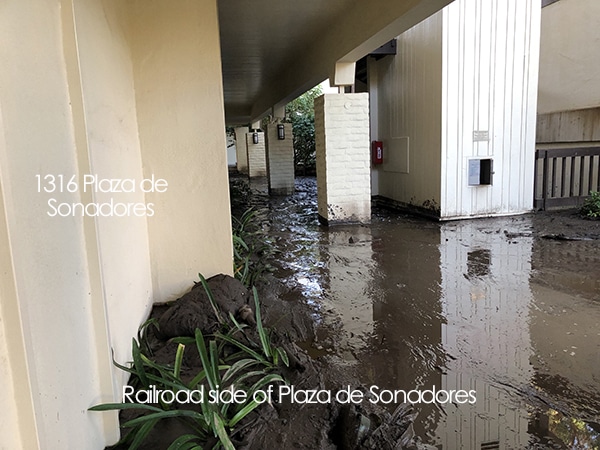 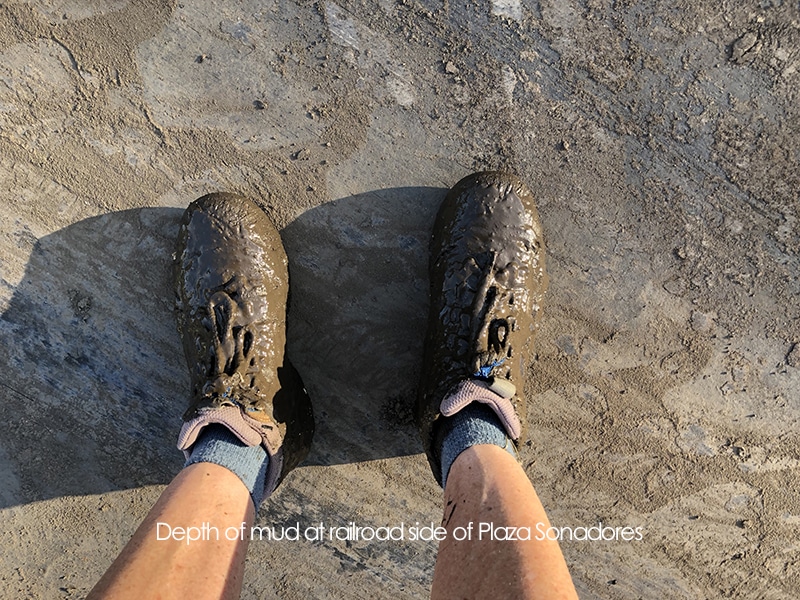