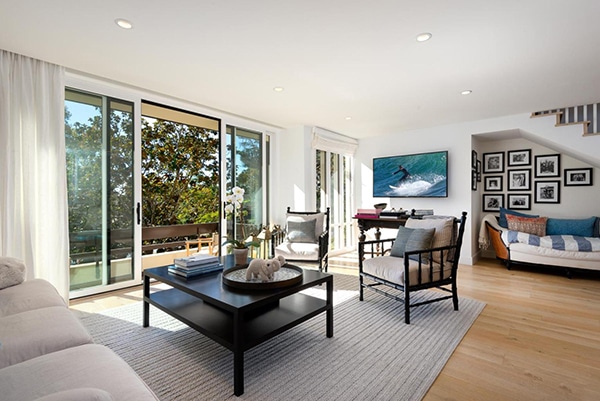 1375 Plaza de Sonadores is a 1,540 sq.ft. end unit 2 bedroom/2.5 bath townhouse with vistas across the complex with a peek of the ocean. Newly and completely renovated, 1375 Plaza de Sonadores has new French Oak flooring, new kitchen Shaker style cabinets with marble counters and other pretty new finishes. In addition, the wall between the kitchen and dining area has been opened up to create a lovely and bright kitchen area. 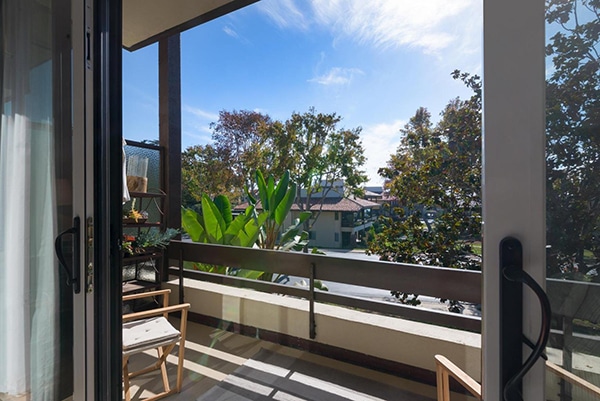 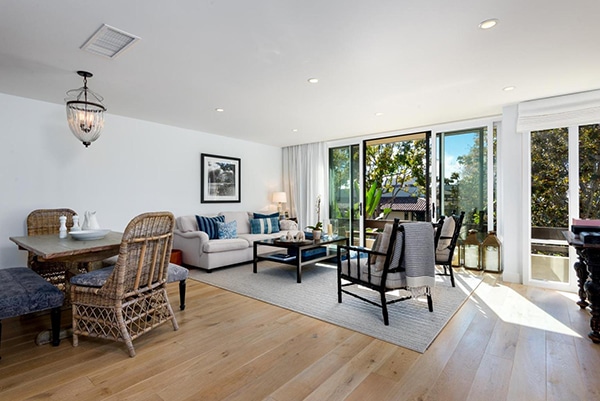 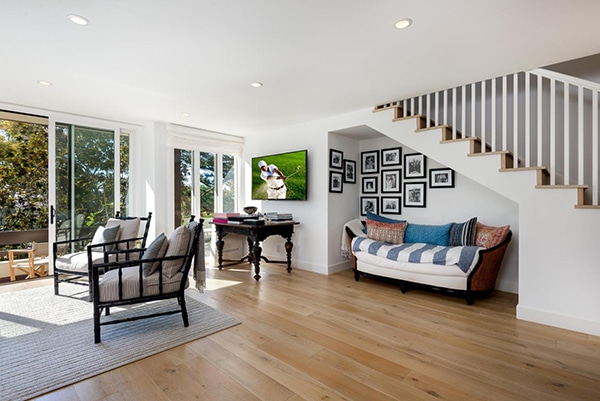 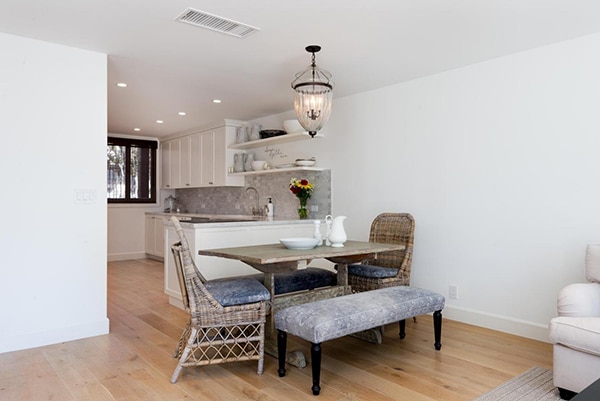 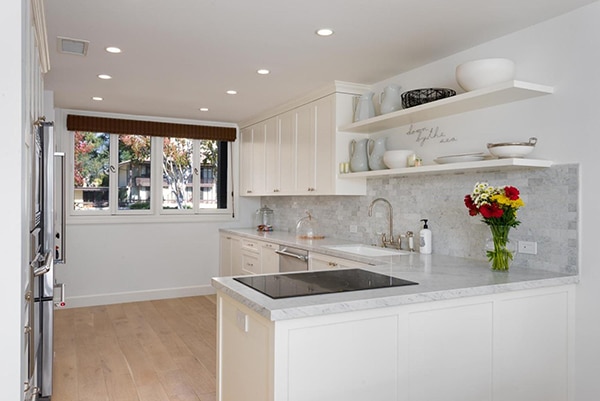 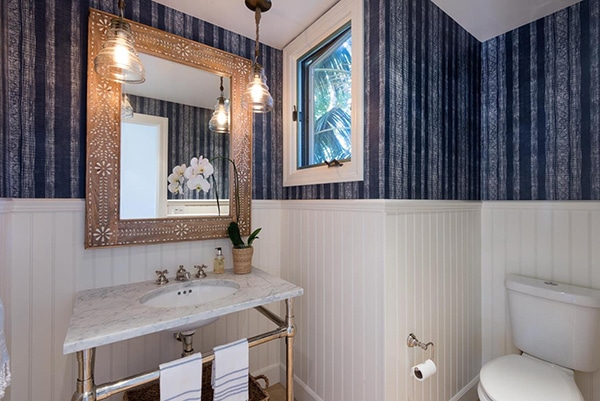 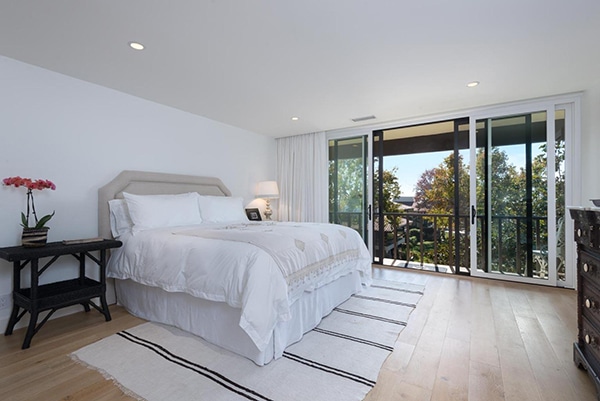 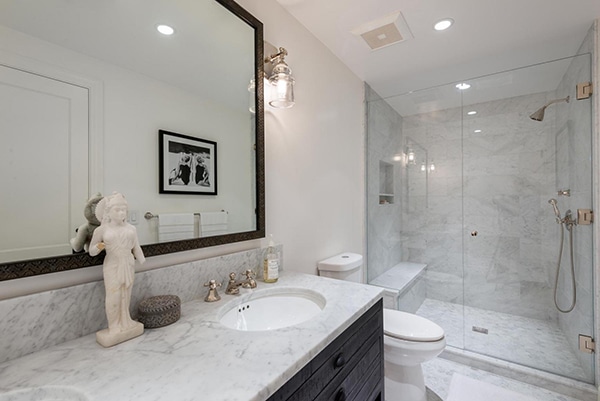 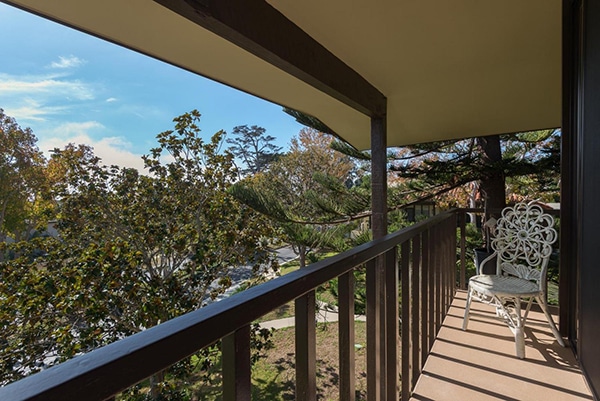 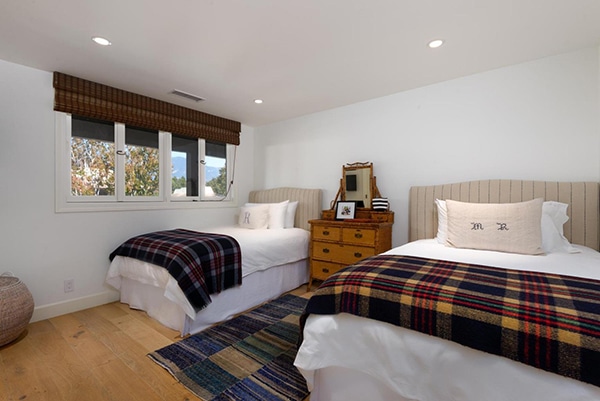 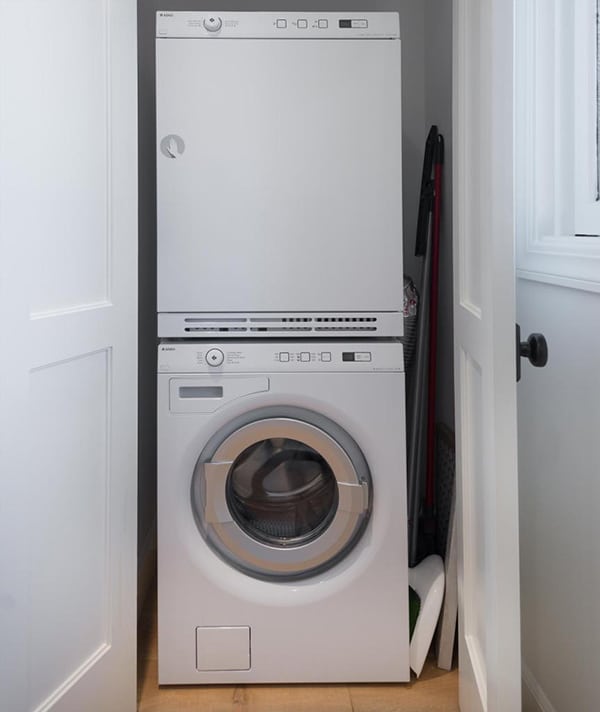